CGI (Computer Generated Imagery) in film has been used for decades in the film industry. It started getting to the point of realism in the early 2000s. From large space battles to generating an entire person – it can get a little bit crazy. CGI is a good thing in general. It can add on and enhance film a lot. Nowadays most films can have a large portion of the film completely computer generated. A lot of the films we see today follow that trend. Sometimes actors are only needed for an in-studio shoot for a couple of days, then the rest of the film will be completed on computers for the next couple of months.

Sometimes studio can over do CGI to the point where it is almost confusing to the viewers. CGI can sometimes take over 90% of the shot with the actor’s faces added onto a generated body. We’ve advanced a lot with how CGI looks and feels but its not always going to be perfect. Back then, lousy CGI was considered the norm as it was a brand new tool being used and hasn’t been mastered completely. Studios would often use a large amount of their budget on set design and costumes to help replicate what CGI cannot. A good example is The Lord of The Rings film series which were produced in the 2000s during the sprawl of CGI. A lot of the film was done in CGI with large amounts of detail and large scale environments. Although a large amount of the film series was done with CGI they still kept practical and smart ideas with them. For example, some characters in the film are supposed to be around 3 feet tall while the actors are above 5 feet. The directors and set co-ordinators made two separate sets and filmed each different actor in their corresponding set based on height. Once both sides were filmed, they were combined together into one shot. This is a good example of how filmmakers can still use practical and creative ideas to enhance the film without using too many effects.

Sometimes little is a lot and thats what some films excel in with the usage of CGI. A one on one conversation sometimes doesn’t need a lot of visual effects to make it a spectacular shot. Although recent films have made that statement a little less true. ———- Some films do not follow that suit, they may have a focused shot on a conversation with too many background events happening. Visually the eye can focus only on so much, having all these background details can be disorientating for viewers and can leave a negative impact on the mind. Simplicity can sometimes be better for the eyes. A gunfight with multiple explosions and things swinging by might be too disorientating. This can be great for post-editing as it allows the team to focus on key details than leaving some out. An example of simple filmmaking in action movies is the John Wick series. In the films, most of the action scenes were recorded with one camera in a smooth and slow pan effect. The video below shows the difference in filmmaking between two action movies. 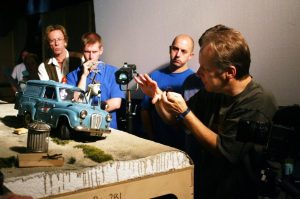 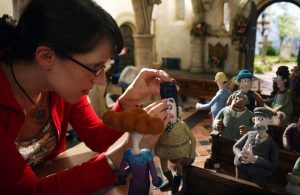