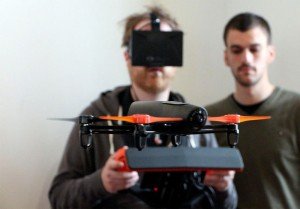 Technological company Parrot has been setting new standards in the world of personal drones, and they just hit one out of the park with their new Bebop Drone. Parrot announced recently that the new drone will be planned to be released next month for $500 US. The drone comes with a 14 mega pixel “fish eye” camera, a sky controller to control the drone from the safety of your tablet, and a first person view of the action with Oculus Rift glasses or Ziess Cinemizer glasses. 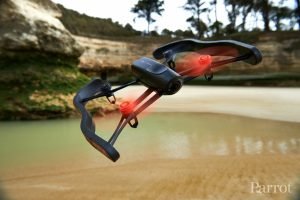 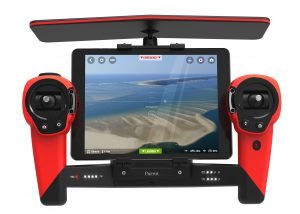 The Bebop comes with a very unique and extremely cool Sky Controller to maneuver and control the drone. As you can see it comes with a tablet holder, 2 analog sticks,  record and picture buttons etc. The Controller helps boost the WiFi range for the drone, making the camera go further then just using your tablet. 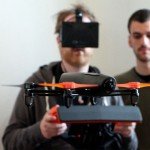 The drone can also be flown indoors, as the drone has protective glass fiber frames around the 4 motors. Overall, the drone and  accessories look like an incredible piece of technology, and considering the price of an Oculus Rift Glasses ($350) and the Sky Controller, the price of the drone will be not much more expensive then the base price ($500). I will definitely check out this drone when it is released in December 2014!