Having a community and following is something that most companies and people desire. It can be hard to maintain and expand that community but there are steps that can be taken to ensure the community is happy and lasts for a long time. The three simple steps listed will be targeting the right audience, maintaining and focusing on the needs of the community and growth & expansion. The examples listed will include big name companies to small groups. No matter how big your community is, there is always room for expansion and things that will bring everyone together.

A good example comes from an online video game. Overwatch is an online video game where changes happen a lot in their game. Characters and new things being added to the game influences a lot inside. The game has a player base of over 35 million players monthly and many of these players have their own opinions to changes in the game and the overall state of the game. The developers at Blizzard Entertainment do a great job of listening to the community and fitting their needs. The development team and support team are always active on forums and social media to inform and assist others. They also release monthly update videos to give the player base an update on what they are doing with the game and what they want to know from the community about these changes etc. Blizzard shows a great example on how to create and maintain a large community and keep them active and happy in where they are.

Having a community and following shouldn’t be focused on profit and general gain for yourself or your company. A lot of people can rely on these communities and believe it progresses people’s lives and other aspects. A community’s voice can even have a large impact on companies and other products. For example if you are making a change to your website that many members of the community dislike, you may want to change the plan or ask the community how they would like it. It seems like a simple concept except many large companies can sometimes fail to suit their community’s needs.

This is an example of a game publisher focusing on economical gain and not listening to their community. Electronic Arts (EA) published the video game Star Wars Battlefront 2 which was hit hard with negative reviews and feedback from the community. A lot of the issues were profit orientated and didn’t work well with the large player base. Issues included loot boxes which you have to pay for, paying for in game bonuses which is unfair and other features that made the game almost unplayable. EA’s response is the current most down voted (disliked) comment on Reddit with over 600,000 down votes. Their response to the situation and lack of care for their community resulted in negative sales for the game and a stock decline in an already declining company. EA’s response was listed as one of the worst company decisions of 2017. EA has also been nominated as the worst company in the U.S of 2017 and almost won that award as a result of this backlash. All they had to do was listen to the community and make the appropriate changes and maybe they wouldn’t have lost millions of dollars and decreases in stock prices. 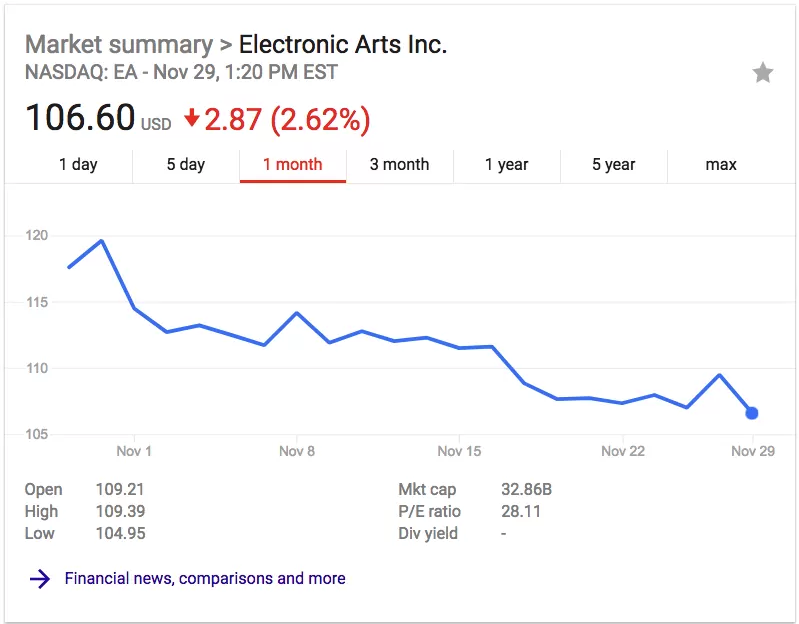 Growing and expanding your community is a future goal that most people look forward to. It allows the community to grow even more and allows for a wider range of ideas from going outside the target interest to even creating live events to becoming a company. There are many success stories of companies and communities doing these things.

For example, many universities across North America have been creating varsity level Esports teams and clubs across campuses. Scholarships and other programs are now being offered for playing video games at a high level. This started as a simple idea. For example, the University of Toronto had a Facebook page for all of their students who enjoyed playing video games. It slowly kept on growing and other universities did the same. As popularity of these groups became more popular, they expanded and reached out to other universities about hosting friendly tournaments etc. Eventually over 30 universities signed up for the first tournament and this started what is now known as the University Esports League. Now there are over hundreds of universities, colleges and even high schools doing the same thing in North America. This all started as a small Facebook group talking about video games to a multi-million dollar investment.

All the examples listed showcase the large impact that a community can have and ways a company or leader can turn things around. Some of the most important steps are to keep a maintained focus on what the community enjoys and what they want out of being in a community. Making changes or doing things that will upset the community will lead to problems occurring and can go downhill. The most important step is making sure everyone in your community is doing well and truly caring for them.