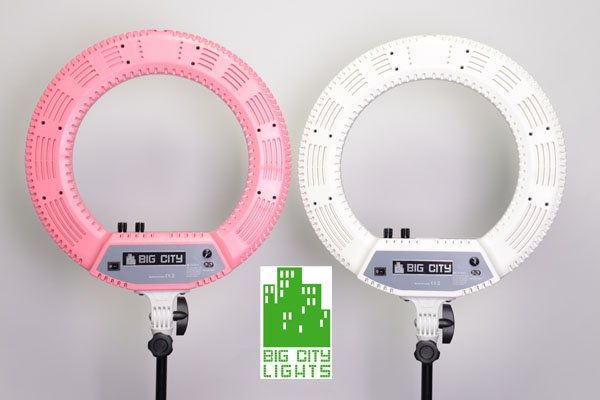 Find out everything you need to know about The Ultimate Diva LED ring light in a fun, and entertaining way. 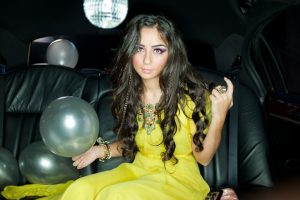 Hello ladies and gentleman today we bring you an exclusive, behind the scenes, look into a professional photo shoot by Toronto photographer Clint Adam Smyth. As an acknowledged photographer/videographer Clint needs to have the best, most reliable, equipment at his fingertips to provide his customers with what they need. In this video you will see how he uses Big City Lights to attain beautiful, incomparable results. This was a calendar shoot That will be coming out in 2011 to promote a makeup, hair and wardrobe stylists work It featuring a gorgeous model and a luxurious ride (needless to say, they were very excited and completely satisfied with the final results).

Clint uses a single Big City 110, two Big City 220’s and a ringlight for this particular shoot. The two large light banks perform the duty of filling and brightening the set, they are very powerful and effective. The 110 is used to add a slightly softer touch of light in a focussed area and finally the ringlight is used for the glamorous and stylistic effect it is so well known for. The video also demonstrates the growing love for continuous lighting and the needlessness of using strobe lighting. Continuous lighting provides consistency and makes it easier to get that specific look you’re trying to achieve.  Video of shoot is below. 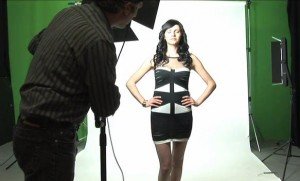 Ever had trouble lighting a model in various backgrounds? No need to fear, Big City is here! In our latest video we will show you how to light your subject for a white or a black background. It may seem like a simple thing to do but, if you want professional quality photo or video, you will learn the right way to do so with this instructional video. We will talk about lighting angles, metering and even, the butterfly effect. We’ve seen failures time and time again, from photographers trying to achieve crisp whites or variable blacks but, they’re just not doing it right. It’s funny how these small tips and tricks can make such a dramatic difference in the end product, whether it be a photo or a video. You can view the video below. 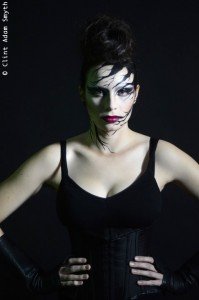 Last Thursday, I got to see a professional photo-shoot at Big City Studio for the first time. The model we had, Jacqueline, had the perfect look for our fantasy make up, which was done by our make up artist Vasso Thymis. Our set was a dark dramatic space, which worked perfectly with the fantasy look of our model. It also sent a mysterious feeling and got our hopes and expectations high.

This photo shoot was lit by one of our LED light banks which was an effective and a powerful tool that lit the set, and a reflector which added more light to the shadow areas. typically, most photographers use strobe (flash) to light their photographs, but as you can see here, using a light bank and a reflector, can give you the same great result. The advantage of using continuous light is that you can immediately see your en result before you take the picture, as well for those photographers who want to shoot video, you now have the capability.

These photographs take you into a strange and unusual world, which gets the imagination going and starts to tell a story. 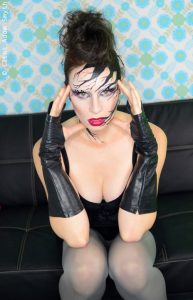 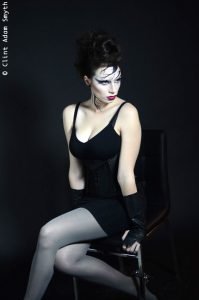 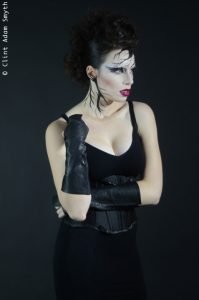 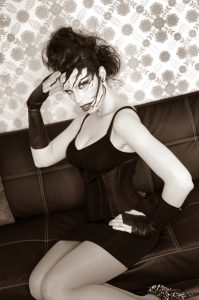 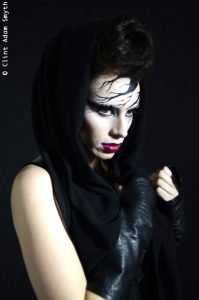 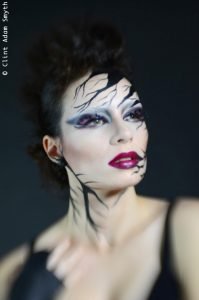 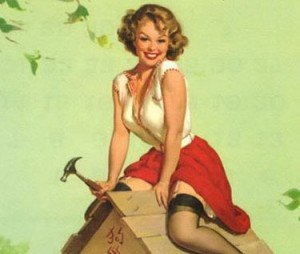