Toronto has always been considered as a potential film location for many years in the industry. Recently big hits such as The Handmaid’s Tale, The Shape of Water and many other productions are taking place in Toronto. No wonder why Ontario has drawn over 2.9 billion dollars from the film industry.

The film industry’s rapid growth started in the late 90s and slowly started building up into the 21st century. It has been continuously growing and has recently started speeding up. Award winning productions such as The Shape of Water are all to thank for. This rapid growth has been noticed as many new productions are starting in Toronto. Shows such as Star Trek, Suits, The Expanse and many more are continuing production in the city.

So why is Toronto growing in popularity in the industry?

Toronto has a wide range of areas both inside and outside of the city. From dense urban environments to quiet and forested areas up north. This allows filmmakers to have a variety of environments around them without travelling around too much. For example, the popular horror movie IT was filmed in Northern Ontario which featured small town vibes.

Another reason why filmmakers are taking an interest in Toronto is because of it’s cheaper prices and similarities to other cities. For example, a scene in Suicide Squad was set to take place in New York City at night. Instead filmmakers took the streets of Toronto as it had similarities and would cost less than closing down a street in New York City. Many productions use Toronto as an alternative to other cities such as New York City, Chicago, Atlanta etc.  If you want a large city landscape mixed in with a water front, a dense isolated forest or even a mountainous wilderness – Toronto and Ontario has it all. 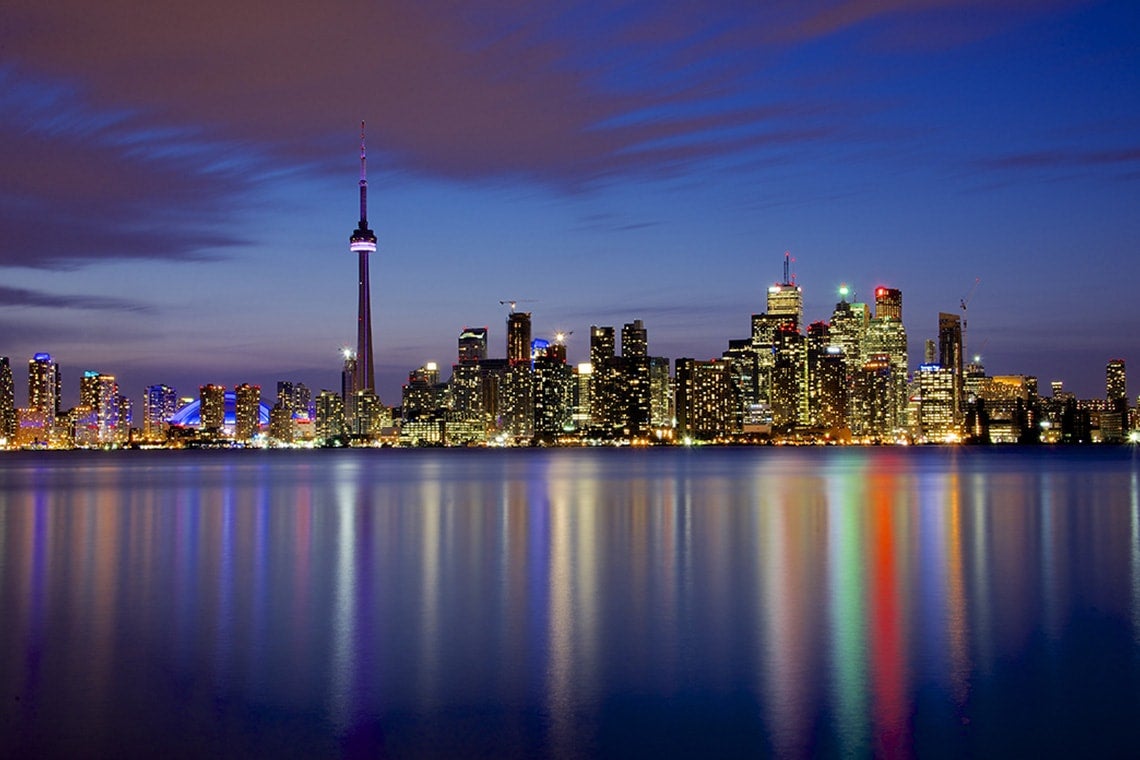 How much has Toronto prospered from the industry?

Ontario has generated almost 3 billion dollars from the film industry as of March 2017. That number has grown since then to approximately almost 4 billion dollars. British Columbia is also experiencing the same surge as major films such as Deadpool 2 and War for the Planet of the Apes is also increasing the B.C popularity. The Canadian growth in the film industry is a large benefit to the country and the cities involved. Toronto has been constantly been progressing in the industry, new additions to the film sector allowed new areas to be built and renovated.

The renovations and new additions to the industry in Toronto have already been seen in the past years. Cinespace is a good example as they are a large force in the film industry involving Canada. Cinespace opened a production studio this year at the Marine Terminal 51 which is a 165,000 square feet studio space. The large space is used for various productions and has been used by many producers in the past. The studio expanded the film sector and allows better transportation and co-ordination in the productions. The new space is a sign of growing industry, Toronto will continuously prosper from the industry and hopefully it keeps rising.

Whats next for Toronto?

CBS is now opening a large 260,000 square feet facility outside of Toronto. It will act as a centre for film and tv production. This move is costing millions of dollars and will help CBS and Toronto prosper as CBS already has many things in production. Some hope that other major networks will make the move in a growing location.

A good effect from the large amounts of productions is what the city benefits from. Many shoots do take place in locations such as the port lands and other largely used locations. The city and the film board bring ideas for reconstruction or renovation for those areas. In time, that means we can see the locations being cleaned up and “big screen” ready. As the film industry grows in Toronto, we should see a large influx of remodelling and construction of new areas.

Toronto has been growing a multi billion dollar film industry and that number will keep rising. The number of current and future productions will increase with companies such as CBS and Cinespace growing facilities in the GTA. Hopefully Toronto maintains their ground and advancements on the film industry as it is a strong economic power for Toronto. Maybe the next time you are in the cinema, you might see a Toronto landmark – with the amount of productions happening right now, there is a high chance you will.