Shooting the new movie “The Hobbit” in 3D with the most “sophisticated and capable” camera ever engineered and built. Peter Jackson is using 48 RED Epic digital cameras, with the most advanced processor in the world, offers a 5K Mysterium X sensor, captures up to 120 frames per second, each frame at 14MP resolution. The camera also provides a 35 mm motion film resolution  with an extended dynamic range of up to 18 stops. Since the movie is shot in 3D, all the  cameras must be positioned at precise distances from each other in order to achieve the 3D effect. In a package one third of a RED ONE’s size, the camera needs custom camera rings for the lenses to fit, which made it almost impossible to place them at the right distance. The filmmakers had to order custom camera rings from 3ality Technica  to create specialized mounts for the cameras.  The specialized mounts uses a mirror system that allows a one eye camera to shoot into the mirror, and the other eye camera to bounce off the mirror, where operators can change the distances between the camera lenses, allowing them for a view similar to the human eyes, making it look more believable! Fascinating! 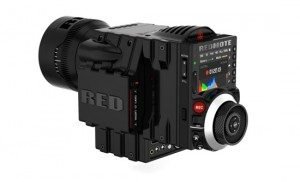 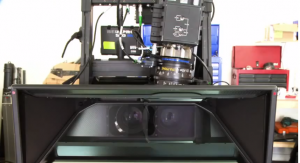 The movie won’t be released until December of 2012, but it could be the best looking 3D film ever.