The technology and equipment available to photographers now is rapidly expanding, constantly giving us more options to consider. This being said, theres almost too much option out there and sometimes can make things difficult knowing in choosing a suitable one for you.

There can be many different factors that influence your decision. Firstly, if you are shooting video or stills. This is a basic first question you should ask yourself because the results can vary drastically. Tungsten (Continuous) and Monolight (Strobe) are the two most common lights. Within these two categories, varies the options.

To break it down simply, all continuous lighting includes: LEDs, fluorescents and HMI lights. LEDs are most commonly used for film, but usually the price for LEDs tend to be on the pricier side. Fluorescent is cooler and uses less energy, but it doesn’t give too much light. Tungsten is preferred over fluorescent lights, in continuous lighting. HMI lights are commonly used on Hollywood sets – they too, tend to be on the expensive side but usually are problem-free. Like LEDs, most people would prefer this if they could afford it.

The upside to continuous lighting is that what you see is what you get. Other than having to adjust your white balance, the light that you see is the way it will appear on your camera. There is no pressure of adjusting settings on the go when the image turns out too overexposed, etc. That being said, it allows the photographer to smoothly operate under the continuous shooting mode. Although, if you are doing flash photography, you cannot burst for too many shots before your strobe or speedlight needs time to cool off. This being called ‘recycle time.’ Something you would never have to worry about with a constant light. Another plus to continuous lighting is having the lighting ratios there in front of your eyes. No flash meter needed, there is no particular need to shoot manual, just trial and error with the desired look. 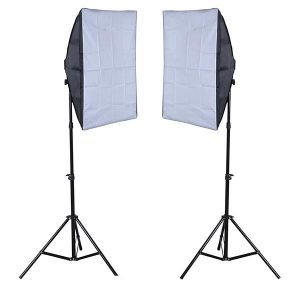 Hopefully you’re still following…. lets move on to Strobes. Strobes are monolights, meaning they have include a self contained light source. So lights like speedlights (external flashes) and studio strobe lights are both examples of monolight.  These are flexible and easy to work with lights and typically less hot – another big advantage to working with a strobe. Not to mention, strobes are also more powerful than continuous lighting options.

The term “strobe” was originally a shortened form of “stroboscope,” which referred to a special repeating electronic flash used for motion studies.

Now for a general comparison between the two: 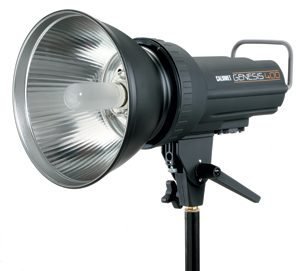 Speed lights cost less than Mono lights. They are smaller and more compact than a Mono. They are automatic and TTL (through the lens) – however most offer a manual option as well. They allow you to shoot very fast action at high shutter speeds. Typically preferred when shooting sports events. This flash is able to capture crisp bright action stopping light. Allowing you to shoot at very high shutter speeds. 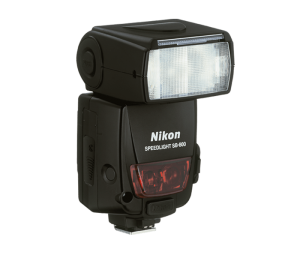 So now that you have been educated on some of the basic differences in shooting with continuous rather than strobe and vice versa, you can now decide which one is best for you. Don’t forget that it will always be important for you to determine for yourself which method of lighting is best for you based on your own specific situation.