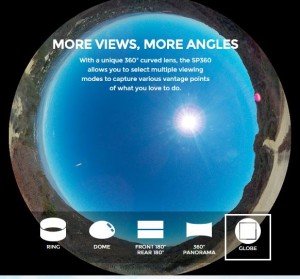 Kodak recently released their most advanced and versatile action camera yet: the SP360 Action Camera. Kodak announced the camera on Oct. 28th 2014 in L.A, and was later released on Nov.3rd 2014 starting at $349. Whats incredibly cool about this camera is the fact that it has a 360 degree viewing range, meaning that the camera can literally see everything around it. The camera comes with 6 different camera angles to shoot from: front, ring, dome, front 180 rear 180, 360 panorama and globe. The camera can either shoot these modes in still photo or 1080 video. It also comes with burst shot for still photos and time lapse video. 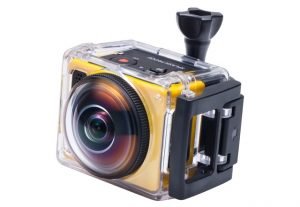 The camera comes with a durable case that is shock, water and dust proof

The camera features a wide load of impressive features, including a 16 Mega pixel  MO sensor, which is double the power of the GoPro Hero 4, making the quality of the photos and videos outstanding. It comes with full HD 1080p video, and 10 fps still photo, making it that much easier to capture the perfect shot. The camera is Wi-Fi accessible, and can be controlled wirelessly with iOS or Android devices on the mobile app. The camera only weighs a mere 103 grams, while the GoPro 4 weighs 73 grams, so there is barely any difference in weight (30 grams). 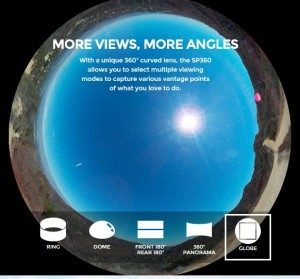 This camera looks  like the best action camera released this year, with complex and revolutionary features, there are endless possibilities on the creativity the Kodak could make on what you are shooting. I would definitely spend $349 for this camera, because it looks like a huge game changer to the first person action camera industry, and I would like to own a piece of history! 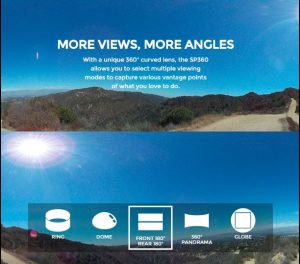